Can you adopt Paddy? 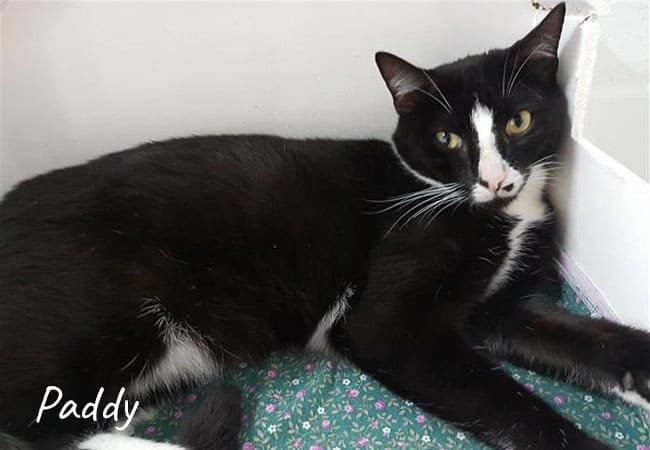 Can you adopt Paddy?

Paddy is a young male, very playful, forever hunting imaginary food and occasionally playing the cupboard explorer. Give him a box and he’ll be as happy as can be, until he decides to wrestle it into submission. He’s a very confident cat, surrendered very sadly by his previous owner, and has a very strong character. He isn’t a particularly affectionate cat and doesn’t like too much petting, though the occasional stroke goes down well. When he wants to be with you he’ll come and sit on your lap and stay there unless you make a lot of fuss. He’s reasonably friendly with other cats, but he’s going through that ‘teenage’ stage and can be difficult on random occasions. He’s fine with dogs, having lived with two in his previous life!

Paddy is perfectly healthy, has been microchipped and is up to date on all jabs.

If you are interested in giving a new home to Paddy, please get in touch with the owners-keepers today. Pets can be listed for adoption by private individuals, animal charities or voluntary groups, and each will have different contact preferences and adoption procedures.

Current Location: Dartford, Kent
Who to contact: Paddy was listed by Sal, a private advertiser.

Viewing address: Please contact us by email in the first instance