Skip to content
Why you should adopt a homeless pet

Why you should adopt a homeless pet

Instead of buying, why not adopt a new pet? Every year in the UK, hundreds of thousands of pets find themselves homeless through no fault of their own. Some get lost and never find their way back home, some are abandoned and many are handed in to rescue centres by owners who are no longer able to keep them. These pets face an uncertain future and, for many, their lives depend on volunteers coming forward to offer them a new home.

The population of cats and dogs in the UK is estimated to be around 15 million, so it’s no surprise that they form the majority of animals in rescue centres waiting for someone to adopt them. More or less regardless of the age or breed of cat or dog you are looking for, you can be sure to find a choice of loving pets waiting for you. You’ll be taking on an already house-trained, inoculated, micro-chipped and behaviour-checked pet and you won’t be financing unscrupulous pet farms. What more could you ask for? 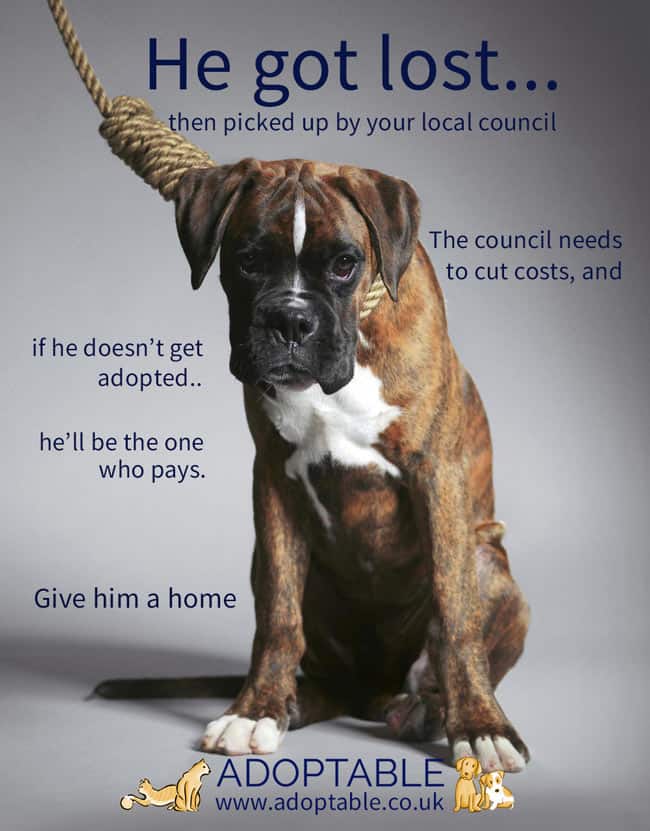 What happens to abandoned pets?

The British people as a whole pride themselves on their love of animals and pets. But that’s not enough for the many abandoned, lost and mistreated pets that are put down each year.

Thousands upon thousands of lost or unwanted dogs, mistreated cats and other pets are taken in by pet rescue centres and council pounds every year, where they stay, waiting for someone to adopt them.

Although many are rehomed, given new homes and families, many thousands are put down.

There are no reliable figures showing the total number of pets put down through lack of a home, but the total amounts to tens of thousands, every year.

Council pounds, cat and dog rescue centres and other voluntary groups do their best, but once your local rescue centre is full up it has to turn away new arrivals. If someone doesn’t come forward to adopt these unfortunate cats or dogs within a certain time, they run the risk of being put down.

Although a large number of pet rescue groups have “No Kill” policies and vow to rehome or keep all pets, that’s not the case for all. Even big name animal charities are forced to have unwanted pets put down.

Animal rescue and welfare charities do all they can to keep the number of pets destroyed as low as they can, but although reliable figures are almost impossible to find, one well-known animal-welfare charity destroyed well over 20,000 pets in 2019. Those numbers show the sheer scale of the problem that exists.

Pet welfare groups need money and are always looking for donations, but if enough people don’t come forward and adopt their homeless guests, all the money in the world can’t help.

Why adopt a homeless pet?

It’s a sad reality that many of the pets you see in cat and dog rescue centres will end their lives their, one way or another. At best, some unwanted pets face what we would call a life in prison, albeit a caring prison. For others, the end comes in the form of a needle. By adopting, you give them a new life in a loving home.

Each pet adopted is a sale less for commercial animal farms..

There are hundreds, if not thousands of commercial pet-breeding facilities and backyard breeders producing millions of animals for profit, to be sold in pet stores and via newspaper ads. To hide their methods, these commercially bred pets are often displayed in normall homes, under pretence of being home-reared. In these puppy and kitten factories, breeders keep their female dogs in cages, repeatedly impregnated without care, forcing them to produce litter upon litter. Each homeless cat or dog adopted is a sale these unscrupulous people don’t benefit from.

You can benefit from adopting an adult pet..

Puppies and kittens are cute and we all adore them, but you need to spend time housetraining them and teaching them not to eat or claw furniture! Most adult pets have already been through that schooling period, and their personality is already there to see. You’ll also know you’re adopting a healthy animal, which is something you can only hope for when you buy a new pet. Pets which are put up for adoption in rescue centres are given all necessary vaccinations and also go through a behavior screening process, allowing you to adopt with confidence.

You are supporting a valuable resource..

Sadly, animal rescue centres are an essential community resource. Without them, thousands upon thousands of pets would be left to roam the streets wild, or be put down. Pet resuce centres are reliant on charitable donations and volunteers to remain in existance, but above all need people like you to help them by adopting the pets they care for. When you adopt, you’re not just providing an animal with a new home, you’re also helping to send a message to others, the people who ask you where you got your new pet from. In addition, many animal rescue centres request small adoption fees to help cover the cost of caring for pets, and while these fees are considerably lower than those charged by commercial breeders, they help keep these charities and voluntary groups afloat, to help other unwanted pets.

Oh, and you’ll get a new friend who’ll love you no matter what!